Home News Popularization of texts, policies and laws on water, environment and climate in West Africa and Benin 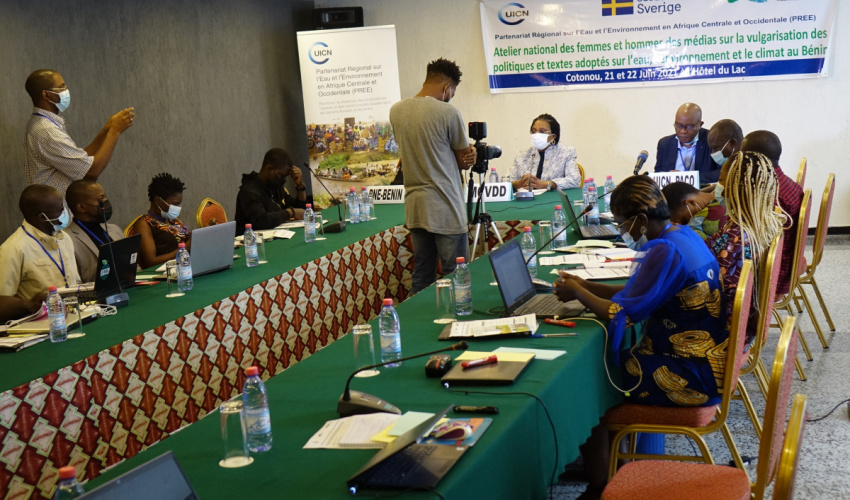 The national workshop for women and men of the media on the popularization of policies and texts adopted on water, environment and climate in Benin was held from 21 to 22 June 2021 in Cotonou, Benin.

The workshop aimed at equipping women and men of the media to better inform, sensitize and mobilize populations and decision-makers at different levels on the major issues and the main policy instruments on water, environment and climate set up in Benin and West Africa. It gathered about twenty participants including about fifteen men and women (8) from the media representing the three major mass media of Benin (radio, television, newspapers including online) public, private or communities.

The opening ceremony was chaired by Mrs. Jeanne Akoha, Director of Cabinet of the Ministry of Living Environment and Sustainable Development of Benin, representing the Minister, in the presence of Mr. André Zogo, Executive Secretary of the National Water Partnership (NWP) of Benin and Mr. Ludovic Tapsoba, Regional Coordinator of the Regional Partnership on Water and Environment (RWPE) in Central and West Africa.

At the end of the two days of work, the participants said they were satisfied with the knowledge acquired and committed themselves to continue the work of popularization for the sensitization and information of the populations on the texts, policies and laws on water, environment and climate.

The documentation is available here.