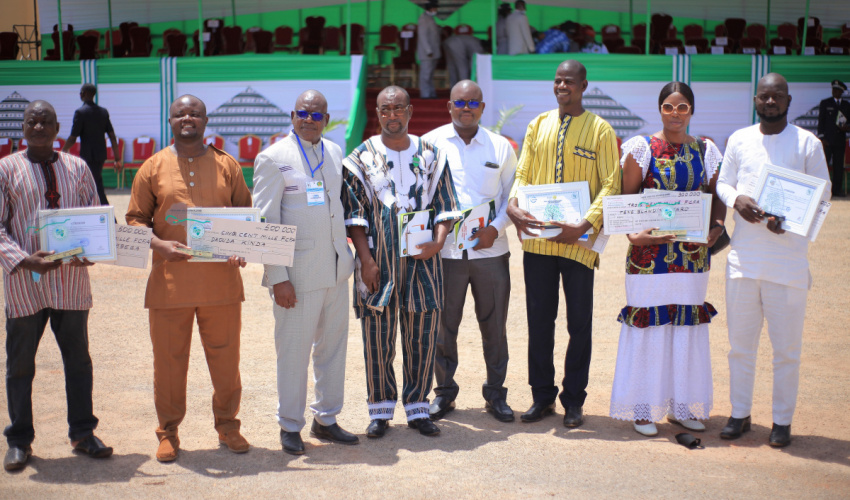 In collaboration with the National Coordination of the Great Green Wall Initiative, IUCN has awarded two journalistic productions that deal with biodiversity restoration in relation to the mining and agricultural sectors.

Through the Facilitating Engagement for Biodiversity (Biodev2030) project, two special awards were given to two journalists in two categories, namely:

The Biodev 2030 project is funded by the French Development Agency and implemented by Expertise France, IUCN and WWF. It aims to promote sectoral commitments to save biodiversity through multi-stakeholder dialogues. Communication then becomes an effective means of sharing good practices, but also of alerting actors to the harmful effects of practices that encourage dialogue between actors in the economic and biodiversity conservation sectors.